American’s Military Are Trained and Ready for Combat… 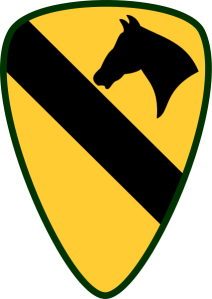 America’s Leaders are neither trained nor ready to lead.

The Kurds are the only people in the Middle East ready for prolonged, hardcore war and they are brave fighters like Americans without the cowardly blood running through their veins that cause others in that region to surrender. The women shouldn’t be fighting men’s war, but they are, and bravely so. We need to give them the weapons so they can do their job that nobody else seems to be doing–or want to do. And we need to do it now, not next year, not next month, not next week, but now, TODAY!

The United States cannot wait while an incompetent president fails to act in retaking Iraq and to prevent further loss to ISIS terrorists. We cannot wait one year to train fighters in Iraq, Syria or Saudi Arabia. That is an asinine plan. We need boots on the ground now. Last month. Since last June. We need to land the entire fighting force of America’s First Team, the 1st Cav Division, on the ground now, followed by the Marines and other divisions and we need to train the Kurds in direct combat as we go, giving them the ultimate weapons to win the fight and establish a free state. We need Special Forces and Rangers and SEALs–America’s Best–to go in and do their job and do it right. We need gunship’s and Apaches saturating the skies over Iraq, Syria and Turkey, so many so the ISIS will think darkness has fallen upon them.

We need the best and most innovated war equipment at our disposal, and we need to get it deployed. We need, heavy artillery and we need a full recall of the most seasoned combat fighting troops the ignorant president laid off so we can annihilate the ISIS now by hunting them down and exterminating them, every Goddamn one of them, wherever they run, wherever they hide. And we should send the same message George W. Bush sent, “Any nation that harbors these terrorists shall feel the U.S. militarily landing on its back.” PERIOD!

We can defeat the ISIS–or any terrorists on the face of this planet–the Hamas, Hezbollah or any or all of them if politicians would just get the hell out of the way and let the experienced military do the job it is trained to do and the boys have lived their entire lives to do. America’s men were raised by fathers and grandfathers who went to war. They are ready to fight and they are ready right NOW! It’s in their genes and they don’t need some dumb-ass politician making pansies out of them. They didn’t join the military to stand on some base polishing shoes, they joined to fight for democracy, the world over. Now, let them go and let them do it. They are fighting men and women and they are battle born. So, let’s get them over there and do their job they were trained to do. NOW!

American has never had a prouder military than after a victory and a victory is calling.
Kurdistan