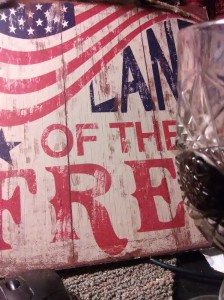 To Justina: 8 August 2019, five years FREE from tyranny oppression. The Land of the Free and the Home of the Brave now belongs to you. Never take for granted the freedom and independence that is now yours. Never forget the sisters who perished trying to realize the same dreams you now hold…. 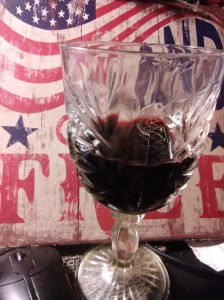 Jeff Bezos has surpassed Bill Gates as the world’s richest man and his company, Amazon, passes Gates’s Microsoft as the world’s most valuable public company.

It only took 25 years for Jeff Bezos to take a company now named Amazon.com from a private garage to one of the largest companies in the world. Founded in 1994 Bezos started in the used book business and sold his first book in 1995.

Bill Gates and his partner, Microsoft co-founder, Paul Allen, began their road to riches from the humble beginning started in a private garage, too.

Mark Zuckerberg and his co-founders started Facebook in a college dorm room. There are thousands of examples of how Americans started with nothing and built an empire. Why are they hated so much and attacked so often?

Three years ago college graduates could not find a job. Many lived in their mother’s basement and were in despair. Now many of them have their own companies and are are climbing the corporate ladder and are planning their own company. That’s what the Americans do, they dream the American Dream.

While socialists and socialism are rising like out-of-control weeds in a garden crowding out American Dreams and prosperity, they denounce the wealthy people and the big companies they own. They are calling for taxes as high as 70% on the very companies started by college dropouts and people just like themselves. America and Americans produce yet again world examples that one can, in the freest and most independent land in the world, go from rags to riches, broke to wealthy by following their dreams and working hard.

Now why would anybody want to destroy that?

A young, Saudi Arabian woman, Rahaf al-Qunun, is struggling for freedom and independence after escaping her patriarch family in the Middle East. In nations like Saudi Arabia, a U.S. ally of significant importance, females, even adults do not have freedom or independence. If Ms. Mohammed a-Qunun is forced to return to her home country of Saudi Arabia it is certain she will be another victim of honor killing.

The bridge from slavery to freedom is a daring and risky thing to cross. So is the bridge from destitution to financial security. Those that dare to risk everything and take those challenges of crossing those bridges have the most to gain.

We have become a world that wants to punish those who have accomplished so much and reward those who have done little to help themselves or the world. That just doesn’t seem right.

The Eyes of the Eagle

Today marks the anniversary of something I celebrate every year on this date. It is the fourth anniversary of a mission in which someone reached freedom and independence.

In a daring escape from deep within the territory of international terrorists and Sharia Law stronghold, one young lady enslaved by a patriarchic society braved the enduring breakout to reach freedom in another country thousands of miles from her homeland.

At this precise moment in time, 1806 hours, on 8 August 2014, the Eagle landed in the United States of America. She was liberated from the evil forces that had enslaved her since birth. She had dreamed of such liberty as a little girl. As she laid her head on her pillow in her bedroom, a sea breeze was gently blowing against the curtains through her open window. She dreamed of a hearing the rolling thunder of the rotor blades of U.S. helicopters chopping through the sky coming to rescue her. She never let go of that dream. It was well more than a decade she suffered. By her mid-teens, she endured torture and was persecuted because she rejected an ideology that enslaved her and stripped her of her life, liberty, and the pursuit of happiness. As she matured into a young woman, the threats against her increased. Then, four years ago today, aboard the Eagle, she touched down on the soil of freedom and independence. She had reached the land of the free and the home of the brave, safely. Guardian angels would forever more protect her from the forces of evil like no other protection could.

Coming within hours of imminent mutilation, torture, and a slow and barbaric execution, she was extracted from harm’s way. After more than forty-hours of an enduring flight with an initial flight path directly over hostile combat fields and urban fighting between Daesh (ISIS) terrorists and Iraqi warriors, where missile downing was imminently possible, the eyes of the angles guided her onward from harm’s way to safe harbor. Three planes had recently been downed by missiles and other hostilities, at least two of them full of civilians. It was a nerve-wracking journey with harrowing episodes every moment of the way. Trying times. Danger. Setbacks. Excitement. Fatigue. Anxiety. But at last, the Eagle made safe passage into the skies of freedom and independence, the skies of the United States of America, where the eagles soar high in the eyes of liberty and the face of justice.

Today, at 1806 hours, victory calls for a renewed celebration. Beer and pizza! It’s an annual ritual.

There is another cause for celebration. As we leave the Freedom and Independence Month of July where we celebrate all month long the 4th of July and the freedom and independence movement of our humanitarianism mission we find ourselves still celebrating and extend the feast a few days more into the 8th of August with this day being every part of the celebrating. (Then it is back on strict, strict, dieting. Fasting and Ungh!)But there is more…

From Slavery to Freedom

Soon to be released will be the Freedom and Independence series of books, the 4th of July and Beyond,is part of that series, explaining our movement, our operations, and missions, worldwide.

From Domination to Independence

My great friend, Cristina, another survivor of evil forces, just celebrated with me and friends, our LEO birthdays, on the delayed 31st of July. Both of our birthdays were in the last week of July, four days apart. We also celebrated the launching of Sunrise Mountain Publishing with friends and the publishing of Book 3 in the series. Book 1 has since also been released and Book 2 is within hours from release. Two other books will follow those releases soon. As we celebrated multiple occasions, we enjoyed Mediterranean Cuisine at Shsish Kabob House on West Flamingo Road having an enjoyable meal with a pleasant waitress from Bulgaria.

Keep abreast of the books published as they roll off the computer into the public arena. They should be issued quite rapidly now we have launched our publishing house. Thanks for visiting.

Here’s to your success secret ones. This drink is for you!