It was on this day, 29 March 2006, 15-years-ago when young, 21-year-old Jessica Foster disappeared without a trace from a Las Vegas community.

At the time I was involved with heavily searching the Las Vegas Valley for missing persons and our team spent exhausting hours in the hunt for Jessica Foster. We had been successful in finding a few missing persons, some with good endings and some not. And some were found but did not want to be found. As adults, they have that right. Reporting back to the ones who asked our team to conduct the search was always difficult in such a case, and we had more than a few we had to handle with such an outcome. But we were never able to find Jessica. We did have one reported sighting we investigated and it turned out to be a false lead of a homeless woman who fit the description but was positively identified NOT to be Miss Foster.

There was no crowdfunding reward system set up at the time for information leading to the arrest and conviction of anyone involved in criminal responsibility for Miss Foster’s disappearance. The Go Fund Me crowd-share or crowdfunding site had not yet been founded. It would not be founded for another four or five years. Go Fund Me was launched in May of 2010. Someone somewhere knows what happened to Jessica Foster. There has been much suspicion on her disappearance but nothing that could lead to an arrest. But there are people who had contact with Miss Foster and there are people who are connected to those people of interest. A reward might get someone somewhere to loosen their lips. I’m not in a position right now to start and run that Go Fund Me REWARD fund that may lead to the arrest and conviction of anyone responsible for Jessica Foster’s disappearance or death. But I’d like to get the idea out there and hope someone will.

Cold case criminal files can turn burning hot with the passage of time. Departed friendship and loyal relationships went sour to full disloyalty may sweeten the chances of someone now being willing to come forward that wasn’t willing back when Jessica Foster disappeared. A sizable reward that a crowdfunding source could raise would certainly provide better odds in finding the missing Canadian girl who was lured to Las Vegas by persons of suspicious behavior. The past 15 years proved nothing in bringing the case any closer to resolution. Someone needs to start a Go Fund Me and let us see what happens. If it can pry someone loose to talking that will lead investigators to the perpetrators or a body, then justice might just be done.

At the time Jessica or Jessie Foster disappeared there were several local girls who also disappeared. Some of those cases were solved and some were not. There was a lot of prostitution and involvement of pimps, human traffickers, and drug dealers in some of those missing person cases that lead to serious violent crime. The Vegas Valley is home to where tens of thousands disappear without a trace. The morgue is filled with the victims of crime produced in the Vegas Valley, some innocent, and some not so innocent.

There are certain conditions and restrictions that need to be applied in such crowdfunding reward funds to be effective and to prevent misuse of funds. Also, if there is no response, there needs to be either a full return of monies donated or an agreement to switch those funds to another missing person case or for other uses involving predator crimes. I will post some of those ideas at another time. But after 15 years no one is talking and we need to find ways to get someone talking so there is closure on this long-unsolved mystery.

The Vegas Valley community has always been keenly concerned with Jessica Foster’s disappearance. There were some high-level missing person detectives on the case and some of the best talents were shared among us that did the groundwork in search.

The Vegas Valley has seen more than its share of serial killing, mass killing, missing person cases, human trafficking, and vice crimes for any city to endure. I have my own personal opinions as to why this may be, we have in the valley an overabundance of criminal behavior that goes unsolved, but I will reserve those thoughts for another time.

One thing that cannot be denied the mothers of daughters who come to Vegas and never return home are many, and their tears will forever fall.

If it is not heartbreaking enough that daughters disappear without a trace, it is alarming the scams and crimes people create upon those already suffering the pain. The Las Vegas Tribune reports of the scams Jessica Foster’s mother is forced to endure. Not one, but several. What kind of evil could do this to a woman who has lost the most precious things of her life? What kind of demon have we among us? Whatever it is, it is not human.

Internet Images of and related to Jessica Foster

The Disappearance of Jessica Foster

Author’s Note: The use of two names, Jessica and/or Jessie are used in reference to the same missing girl. Both names are used and both names are correct. Also, there is a discrepancy in the date of the missing person claimed. Some reports say 28 March or 29 March and others say early April. There is much-recorded information to be found on the internet as well as YouTube for stories concerning Jessica Foster or Jessie Foster. The stories of violent crime in the Vegas Valley are many and they have been since the existence of the city.

LAS VEGAS—Torrid three-digit temperatures scorches the West. Wildfires dangerously spread across western states and engulfs dry areas threatening large numbers of homes, wildlife and natural habitat. It’s way too early for this kind of heat. It’s only spring. We are being engulfed by the flamethrower of nature, unrelenting heat. Shortly after 1:00 AM this morning, the National Weather Service issued an urgent weather message proclaiming Excessive Heat Warning for Las Vegas Valley, Clark County, the Mojave Desert and a wide area of the West, including Arizona.

We are being set ablaze with July-August, summer-like temperatures, not May-June spring climate.

A bummer for Las Vegas tourists and locals alike. It’s a party town and tourists who come from cooler weather are going to be toasted to something other than drinks. To be outside in Vegas in this extreme climate, walking around and exerting energy while sightseeing and adventure seeking could spell disaster if precautions aren’t taken.

I know this sounds counter productive, but if you insist on drinking alcohol or caffeinated beverages while outside or going outside in this extreme heat, then drink at least 12-16 ounces of cold water for every alcoholic drink you consume. The same for at least every 2-3 cups of caffeinated drink. Alcohol and caffeine dehydrates your body, while water replenishes those loses and hydrates your body. You need plenty of water to balance the forces of partying. Too, in these temperatures, water, or any liquid will get extremely hot fast. Test any fluids before giving to children or pets for suitable consumption temperatures. If available, use those small ice packs to keep beverages cold, or at least cooled. Foil will act as an insulator as well.

For well beyond a week, temperatures will climb to at least 112 degrees in the Vegas Valley and over 121 degrees in nearby Death Valley. Be aware these are air temperatures. Ground temperatures, that is the surface temperature of the infrastructure, street pavement, sidewalks, buildings and so forth, can be ten to fifteen degrees higher. Vehicle temperature or the inside temperature of any space with metal, glass or other material enclosed can reach well over 150 degrees, a fatal temperature. Such extreme temperature for anyone, even adults, left in vehicles without air condition can turn fatal in a hurry. Confusion and disorientation can set in and disturb normally thinking minds. Brain damage and stroke can quickly be inflicted. Machines, such as cars and air conditioning can fail and suffer mechanical problems, don’t risk leaving someone unattended.

Don’t over do it. Get inside, refresh, take breaks, drink plenty of water and stay alert. Don’t leave children or pets in vehicles, even momentarily. Keep your eye on your children constantly while near swimming pools. Sun strokes, heat exhaustion, heat-related health issues, be aware of signs of these health problems. If you suspect the signs, get help, quick. Every year we hear of the weather-related disasters, often fatal, that consume lives locally and around the nation. Stay alert.

“Only you can prevent forest fires!” By Forest Service, United States Department of Agriculture, in cooperation with the Association of State Foresters and the Advertising Council.

Every year thousands of acres and homes burn in the Western region of the United States. Dry periods and extreme heat are almost always a condition that will spark an inferno, rapid moving wildfires and consuming flames of property and nature. The spark that ignites these fires come from lightning as much-wanted rain comes, but unfortunately the rain comes with torches of lightning bolts that set forests ablaze. Careless campers failing to properly extinguish their campfires or carelessly starting one that shoots embers into dry forests with kindle-dry wood. Once a forest fire starts, it spreads rapidly, and if there is a high wind, it will likely burn out of control.

Travelers on expressways and roadways are at fault for many forest fires.
Accidents spark forest fires, too. The current California fire was started by a truck accident when electrical wires sparked a fire. Flicking a cigarette out a window along a dry highway is only asking for trouble. Careless smokers destroy thousands of acres and homes every year. All of these conditions are weather related and heat related. But commonsense and education can reduce the human and animal fatalities, injuries, loss of homes, businesses, buildings, domestic pets, and our natural resources, our forest and wildlife. 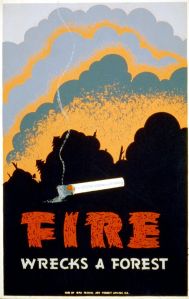 Be smart. Be safe. Think and be prepared to reduce the harm excessive heat can bring humans and animals. It all begins in your heart with a little bit of care and a whole lot of tender love for life and environment.

Rather you are visiting Vegas or the Western region, traveling along dry roadways, camping, hiking or spending your time outdoors in other adventures, use wisdom to make your life and the life of other’s pleasant and not remorseful.

It appears that we are in for a long, hot summer. Buses overheat. Schedules often run late. Transportation breaks down. Be prepared. Don’t get caught out in that extreme heat without protection. Sunscreen, long-sleeve shirts, sunhats, umbrellas, water, cooling fans, cell phones are all part of the self-defense arsenal, use them, keep them by your side while being inflicted by Nevada’s torrid heat.

Have fun, but stay cool as possible and stay safe.