Daesh Should Have Been STOPPED at Mosul in June of 2014

2-½ Years Later the Evil Finally Begins to End.  The world CONTINUES to embrace the failed leadership that got us there.  Women and children are among the worst casualties.

“Obama, if you weren’t such a slow thinker, we could have cut these demons down in the middle of the desert a hundred miles from any civilian.” –Cliff Harrison, 17 June 2014

Obama, if you weren’t such a slow thinker, we could have cut these demons down in the middle of the desert a hundred miles from any civilian

The Shame of American Leadership… or the lack thereof
Obama feared Trump would ruin his legacy or the lack thereof.  Only then did he engage in ending Daesh’s control of Mosul, Iraq.   That’s something he could have and should have done two and a half years earlier.  Then, he could have prevented Daesh terrorists from spreading around the world. Tens of thousands of humans have lost their lives.  The agonies of terrorism forever damage those who have survived.   Because of Obama’s ignorance and incompetence. One man, and the world who embraced him, tens of thousands suffered or died. NEEDLESSLY.

Video Published on Jan 25, 2017
Samaritan’s Purse has established an emergency field hospital in Iraq to treat trauma victims injured in the battle to oust ISIS from Mosul. Our Christian medical team has amazing opportunities to minister physically and spiritually to victims of war. –Samaritan’s Purse

Peace Is the Highest Aspiration of the America People

When America Had Leadership

A Rendezvous with Destiny

On 8 November 2016, Vote for leadership or vote for failure 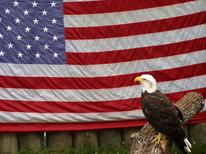 “Don’t be afraid of being outnumbered. Eagles fly alone. Pigeons flock together.” ~Anonymous

Hello everybody, how are ya?
It’s been a while since I posted. My time has been consumed with health problems, distractions and working hard on my soon-to-be-published writing projects. I’ve had little time for social media.

Very soon some innovated things are going to hit the publishing world. I’m facing some major, life-threatening-surgeries, so I made some adjustments to my writing projects just in case. Those adjustments will assure the world of abridged editions of lengthy projects that are months behind scheduled publishing dates. If I don’t survive the series of surgeries the world will be enlightened with a gift which would have otherwise been lost.

During the next few days I will make temporary appearances on a couple of my blogs that have been idle while I worked on covert projects. It’s all in the name of making the world a better place in which to live.

I hope all of you have been well and I want you each to know I miss those times of personal communication. I’ve preferred the small group of community that I’ve had over large groups since it is far more personal and satisfying.

Our world is in turmoil. There never seems to be a good time when it is not trying times. There is immense suffering around the globe, especially among women and children. It is time for new leadership. New ideas. New methods and news systems to relieve some of that suffering among the innocent citizens of the world. I’m proud to have been part of the brain trust that brings change where change is needed. I’m also honored to be able to get at least a portion of my own work released so that the world will indeed be a better place in which to live, especially for the women and children.

I’ll let you go, but no matter what you do in the days and years ahead, never take for granted your freedom and independence. Our freedom and independence is all that we have separating us from slavery and tyranny. It can be lost in a heartbeat. More than half the women of the world wake up everyday with no freedom. No person should go to bed at night the slave of another. Yet half the world does. We can change that. With leadership.

Made in America
Nothing like a cold brew and a hot slice of pizza after a long day, long week at work….

I hate the new changes at WordPress! THEY SUCK!

If it isn’t broke, don’t fix it. I hate the new changes at WordPress!  THEY SUCK!

The Rise of the Lone Wolf: Part II

Vegas Valley
Create a free website or blog at WordPress.com.