Should the Government Do As Mark Zuckerberg Asks, Help Control Internet Content? 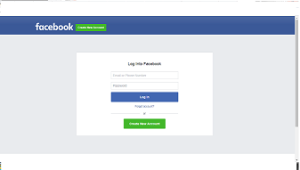 It is odd that Mark Zuckerberg has requested the government to have oversight over the Internet.

The government has always had oversight over the Internet, it just has not used its lawful powers usefully or correctly. The primary reason for that lack of oversight is from the inept public officials elected to Congress. These elected official fail because they are either actors and entertainers grandstanding with no real interest in enacting laws like legislators should and only present themselves in TV Reality-like shows called News pretending to be representative of the people and actually being of no legal use due to lack of representation and legislative enactments. Or, on the other side of the aisle, they have been involved in nonstop espionage, sabotage, Deep State conspiracy and political fighting that has gained zero use to the people. Their pugnacious behavior has only continuously divided our nation. But, Zuckerberg calls for Social Media Reform, not just for Facebook, but across the social media platforms.

I think that Mark Zuckerberg (Facebook) and Jack Dorsey (Twitter), just to name two, are war criminals. I hold both Zuckerberg and Dorsey, their partners, managers and business associates responsible for the death of tens of thousands of innocent men, women and children, including babies who died (actually who were slaughtered or exterminated) because of their social media platforms’ tolerance, promoting, aiding and abetting and directly enhancing the rise of Daesh (ISIS) and other international terrorists. That is a historical fact which plenty of evidence can be found to support my claims.  I began protesting Zuckerberg’s and Dorsey’s as well as other social media lord’s participation in those attacks as early as June of 2014 when Daesh was just coming to surface on the international stage. Some of my writing to attest to those statements can be found in some of the posts below on this very website.

This post is not about the war crimes of Mark Zuckerberg or Jack Dorsey. That will come in another post or essay, or a series of them, in my Blogs & eBook collections. I believe, in time, one of the nations involved in the Daesh terrorism or the United Nations will indeed begin investigations and bring war crimes tribunals against the billionaire tyrants who rose to war-crime statue because of their inhumane behavior that FAILED TO REGULATE OR BAN HATE CRIMES AND POLITICAL, SOCIAL AND ECONOMIC AS WELL AS HUMAN RIGHTS AGENDA BY INTERNATIONAL TERRORIST AND CRIMINALS INCLUDING PARTICULARLY ISLAMIC MUSLIMS

But no one wanted to offend the Muslims, so tens of thousands of innocent men, women, and children including babies were slaughtered. Now, Zuckerberg calls for government oversight. I agree with him. But I also agree he (and Jack Dorsey and Company) should be held responsible for his own involvement in election tampering, hate crime activities and other wrongdoings including massive privacy invasions.

Jack Dorsey and Company offers a content archive download, too. But it is bogus. FAKE. It does not work. Just like the appeal process when Twitter locks out a user because their PINK HAIRS claimed the user used hateful content. The appeals go unread or ignored with no responses. Until the user gets on his knees and pleads mercy and saying UNCLE to the tyrant billionaire’s Pink Hairs the user’s account will remain to be locked out–innocent or guilty. And many of guilty ones will continue their hate because Dorsey and Company or Zuckerberg and Company happen to give them preference.

So, yes, we need oversight on social media. Government oversight or third parties. But who is to say even they won’t discriminate unfairly? We need oversight beginning with Mark Zuckerberg, Jack Dorsey, and the rest of Facebook, Twitter, Microsoft, Google, YouTube, and other tech companies and social media. And we need oversight of public officials who express hate and incite hate and violence. Will we every see it? I doubt it. Maxine Waters is not only alive and well but prospering in Congress without a political scratch on her, although the ethics rules of Congress state she could and should have been expelled. The same applies to many other public officials that have never been brought to justice. Think Lois Lerner. Her partner in crime is now Chairman of the Government Oversight Committee, imagine that.

I don’t agree much on anything either Mark Zuckerberg or Jack Dorsey say or do. I do agree with at least taking a look at the list of things he mentions below and bringing them to an open forum for discussion. But I also agree with the majority of Americans and probably world citizens of all political, social, economic and religious ideologies and convictions that there needs to be oversight of the tech and social media tyrant billionaires themselves and a regulation to bring a fair and balance equality for and of all people. Muslims and blacks should not be given preference because someone is afraid of offending them. Nor should whites be given special privilege. Nor should an existing generation be blamed for something a former generation committed.

We need to pull our heads out of the sand and make a better world for all of us and future generations.

We have a lot of nonsense floating around in our society, at home and abroad. We need good leaders to sift through that nonsense and bring us equal justice for all while restoring peace and calm and unity. Is anyone up to the job?

Add Your Two Cents
What do you think should happen? Should there be a government oversight in social media? Or even on the Internet? If so who should be regulated and what should the penalties for violation be? Who should do the regulating and what defense or appeal should a person who believes they are innocent have? Should websites be able to lock people out denying them access to their own material, even if they do lock out the user from public appearance? What about freedom of speech? Where are the lines drawn to protect freedom of speech and the First Amendment?

What does Mark Zuckerberg want?

In brief, Mr. Zuckerberg calls for the following things:

* Common rules that all social media sites need to adhere to, enforced by third-party bodies, to control the spread of harmful content

* All major tech companies to release a transparency report every three months, to put it on a par with financial reporting

* Stronger laws around the world to protect the integrity of elections, with common standards for all websites to identify political actors

* Laws that not only apply to candidates and elections, but also other “divisive political issues”, and for laws to apply outside of official campaign periods

* A “common global framework” that means these laws are all standardized globally, rather than being substantially different from country to country

* Clear rules about who’s responsible for protecting people’s data when they move it from one service to another
— Mark Zuckerberg’s request. Source BBC News which a link this material is from is provided here. BBC News Article Follow BBC News feeds in the sidebar to the right and below.

Secret Weapons Book 3
A Number One Bestseller
In Canada at Amazon.ca