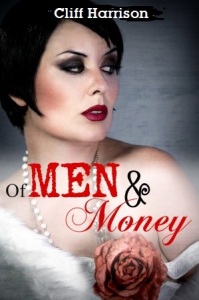 Hello everybody, how are ya?
It’s been a while since I posted. My time has been consumed with health problems, distractions and working hard on my soon-to-be-published writing projects. I’ve had little time for social media.

Very soon some innovated things are going to hit the publishing world. I’m facing some major, life-threatening-surgeries, so I made some adjustments to my writing projects just in case. Those adjustments will assure the world of abridged editions of lengthy projects that are months behind scheduled publishing dates. If I don’t survive the series of surgeries the world will be enlightened with a gift which would have otherwise been lost.

During the next few days I will make temporary appearances on a couple of my blogs that have been idle while I worked on covert projects. It’s all in the name of making the world a better place in which to live.

I hope all of you have been well and I want you each to know I miss those times of personal communication. I’ve preferred the small group of community that I’ve had over large groups since it is far more personal and satisfying.

Our world is in turmoil. There never seems to be a good time when it is not trying times. There is immense suffering around the globe, especially among women and children. It is time for new leadership. New ideas. New methods and news systems to relieve some of that suffering among the innocent citizens of the world. I’m proud to have been part of the brain trust that brings change where change is needed. I’m also honored to be able to get at least a portion of my own work released so that the world will indeed be a better place in which to live, especially for the women and children.

I’ll let you go, but no matter what you do in the days and years ahead, never take for granted your freedom and independence. Our freedom and independence is all that we have separating us from slavery and tyranny. It can be lost in a heartbeat. More than half the women of the world wake up everyday with no freedom. No person should go to bed at night the slave of another. Yet half the world does. We can change that. With leadership.